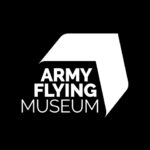 This listing is being maintained by its rightful owner.

Tucked away in northwest Hampshire lies one of the Test Valley’s hidden gems. The Army Flying Museum sits adjacent to the busy Army Air Corps Airfield at Middle Wallop, near Stockbridge.

Two large hangar buildings house the impressive journey of British soldiers in the air from the pioneering days of balloons and kites, to the Glider Pilot Regiments dropping at Arnhem, right through to the modern chapter of helicopter operations.

Often likened to the Tardis, visitors are frequently met with surprise at the volume of artefacts, medals and over thirty five fixed wing and rotary aircraft. Imaginative displays with clever use of interactives and video provide for fascinating insight into their role in the British military that is still an integral part of modern day operations.

The collection covers the five main branches of Army Aviation: Royal Engineers (1878 – 1912), The Royal Flying Corps (1912-1918), Air Observation Post Squadrons (1941 – 1957), the Glider Pilot Regiment (1942 – 1957) and the current Army Air Corps (1957- to date). Over 40 aircraft can be seen in the Museum. These range from a First World War biplane to a HueyCobra attack helicopter plus an example of every Allied glider used operationally during the Second World War.

Highlights of the collection include a Sopwith Pup – an example of a single-seat fighter introduced in 1916 -and a Lynx helicopter which broke the world speed record in 1972 by achieving an average speed of 199.92 miles per hour (321.74 km per hour) in a 100km closed circuit. It was also the first British helicopter ever to complete a barrel roll.

For front row seats of the Army Air Corps aircraft in action, look no further than the Museum’s Apache Café. Overlooking the active airfield and open daily without the need for a Museum ticket, this is an excellent spot to enjoy a bite to eat or drink, whilst admiring all manner of AAC Aircraft.

Family (2 adults, 3 children) £38; Adults £14; Senior/Students £10; Children (5-15) £8; Free entry into the Museum is granted if you are one of the following and bring the relevant ID:
Annual Pass holders
Army Air Corps (plus their accompanying Spouse/Children)
Army Air Cadets (when booked through the Army Air Corps)
Serving British or Commonwealth Military personnel on production of an MOD 90 or equivalent ID Card
AAC Veterans with an AACVA Membership Card
Wheelchair pushers and carers of disabled people
Middle Wallop Military residents (with proof of address)
Children under 5
Army Flying Museum Gold Members